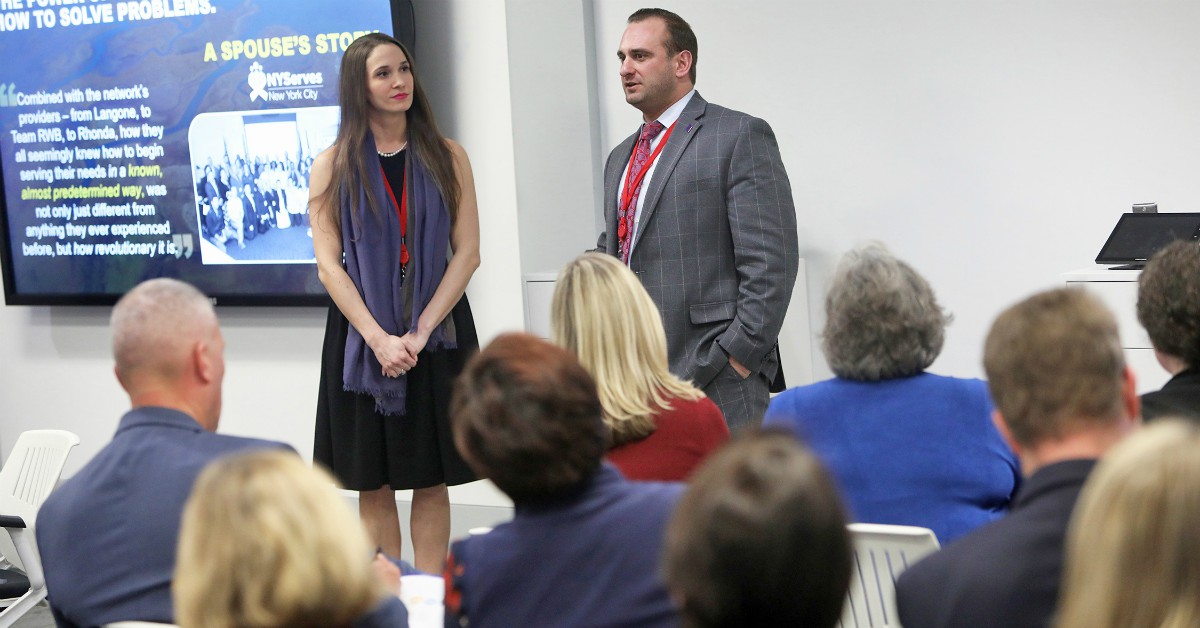 “It is important to articulate the correlation between how our military transitions, and the veteran suicide, homelessness and unemployment rates,” said Katherine Kostreva, pictured here with her husband, Ryan Loya. The couple is behind a new bill proposing changes to the military’s Transition Assistance Program, or TAP. (Gerard H. Gaskin)

Transforming the way service members are prepared for life after the military could curb veteran unemployment, homelessness and suicide.

At least that’s the hope behind a new bill being introduced in Congress that seeks to strengthen the Defense Department’s mandatory Transition Assistance Program or TAP.

Named the Loya-Sears Warrior Transition Assistance Reform Act in honor of two Marines, the bill would standardize TAP curriculum, require service members to start TAP one year before separation and establish reporting metrics that can be used to glean successes of the program for needed adjustments.

“Strong evidence shows that many veterans remain unprepared for transition and encounter significant challenges in living healthy and productive lives,” Sally Fox, press secretary for Rep. Don Bacon, R-Neb., said in an emailed statement to Military Times. “The Loya-Sears Act addresses Congress’ concerns about the Transition Assistance Program (TAP) attendance and participation, effective allocation of transition assistance resources, and effective measurement of TAP outcomes with timely feedback to the Department of Defense and its interagency partners in the Departments of Veterans Affairs and Labor.”

The bill, being introduced by Bacon, was the work and brainchild of Ryan Loya and his wife, Katherine Kostreva, who have been outspoken about the problems associated with military transition.

In 2010, then-sergeants Loya and Jeremy Sears, both Marines, were severely injured in the same IED explosion while serving in Afghanistan. Both were diagnosed with traumatic brain injury, or TBI, and post traumatic stress.

Struggling to find work for nearly two years after leaving the Corps, Sears decided to end his life at a gun range in California.

“I joined Ryan at TAP and was blown away by its lack of resources, timeliness and connections outside the military bubble,” Kostreva told Military Times. After a year’s worth of research of federal data and academic studies on veteran unemployment, homelessness and suicide, the husband and wife team submitted a proposal to Congress, asking lawmakers to reform the way service members are prepared for their transition.

“It is important to articulate the correlation between how our military transitions and the veteran suicide, homelessness and unemployment rates,” she said. Better equipping service members for life after the military — and keeping the government accountable for this preparation — could keep more veterans from being unemployed after their transition. The hope is in turn, this would cut down on veteran homelessness and suicide, which, in Sears’ case, came after two years of not having a job.

According to federal data, veteran unemployment hit a record low of 3.7 percent in 2017 — lower than the unemployment rate of nonveterans, which was 4.2 percent last year. Still, homelessness among veterans increased for the first time in seven years in 2017, and veteran suicides account for 18 percent of all suicides in the U.S., though veterans make up less than nine percent of the population.

“Jeremy was my brother,” Loya said in a statement. “He unfortunately didn’t get the transition services he needed and it ended up costing him his life. And this could have been avoided. This legislation gives our military personnel the resources they deserve and rightfully earned through their selfless service.” 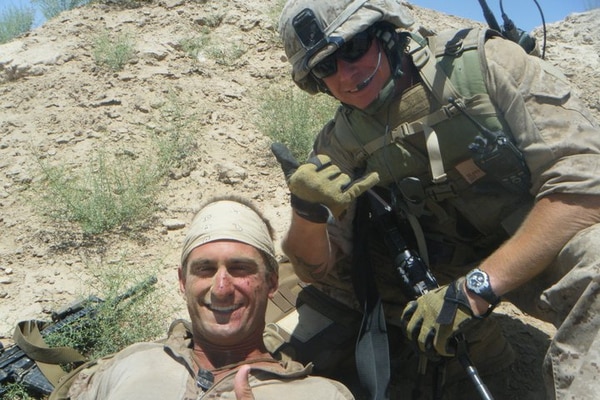 The Loya-Sears legislation is the latest in a string of recent efforts to reform TAP, often jokingly referred to as “death by PowerPoint.” In February, Rep. Stephanie Murphy, D-Fla., introduced a bipartisan BATTLE Act that seeks to boost participation in the program’s specialized workshops in education, career technical training and entrepreneurship by requiring service members to opt out of the elective classes, rather than opt in.

And just this week, the VA announced changes to its portion of TAP to be more interactive and personalized. The briefing will also include classroom time for health care registration and focus on topics such as mental health, suicide prevention, housing, and other topics important to the transitioning population, a VA spokesperson said in an email.

Mandating a start date, as the Loya-Sears bill seeks to do, would provide transitioning service members with more time and resources for a more successful transition, advocates say.

“If you do start a year out, you have time — nine months, six months later — to do it again,” said Patrick Murray, associate director of national legislative service at Veterans of Foreign Wars, which has backed the bill, as well as Murphy’s BATTLE Act.

Murray said VFW often hears of transitioning service members who go through TAP in the summer expecting to start using their GI Bill benefits at a four-year college that fall, not realizing the application deadline has already passed.

“It’s things like that that if you’re only doing (TAP) two months out, you’re missing out,” he said.

Murray said veteran outcomes are getting better, and the military isn’t just “dumping someone outside the front gate and saying just see you later.” But there’s still more work to be done — and changes to TAP could help fewer people slip through the cracks.

“We always have to strive to make sure there’s zero … in those categories,” he said of unemployment, homelessness and suicide. “Anything like this is always a step in the right direction.”